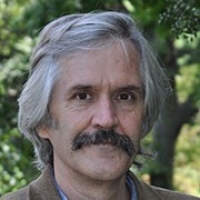 Bartram's Garden has been preserved as a Philadelphia city park since 1891.  Joel T. Fry has served as curator since 1992, having first been involved in archaeological research there beginning in 1975.  Four generations of the Bartram family operated it as a family-run botanic garden from 1728 to 1850, and made their livelihoods by the exchange of plants and natural history specimens with the world. Bartram's Garden became a gathering point for scientists, artists, gardeners, and the curious. Most of the native plants of eastern North America were in cultivation by the Bartrams, and the collection grew with contributions from each generation. When the garden left Bartram family hands in 1850, Bartram's Garden could be described as a truly ancient garden. This talk will trace the careers of John Bartram and his son William, their travels in North America, and their impact on international science.

This lecture is free of charge. Reservations are strongly encouraged: Call (215) 493-6776 ext. 100 or email to This email address is being protected from spambots. You need JavaScript enabled to view it.. Talk will be held at the Fieldstone Conference Center of the David Library, 1201 River Road, Washington Crossing, PA.