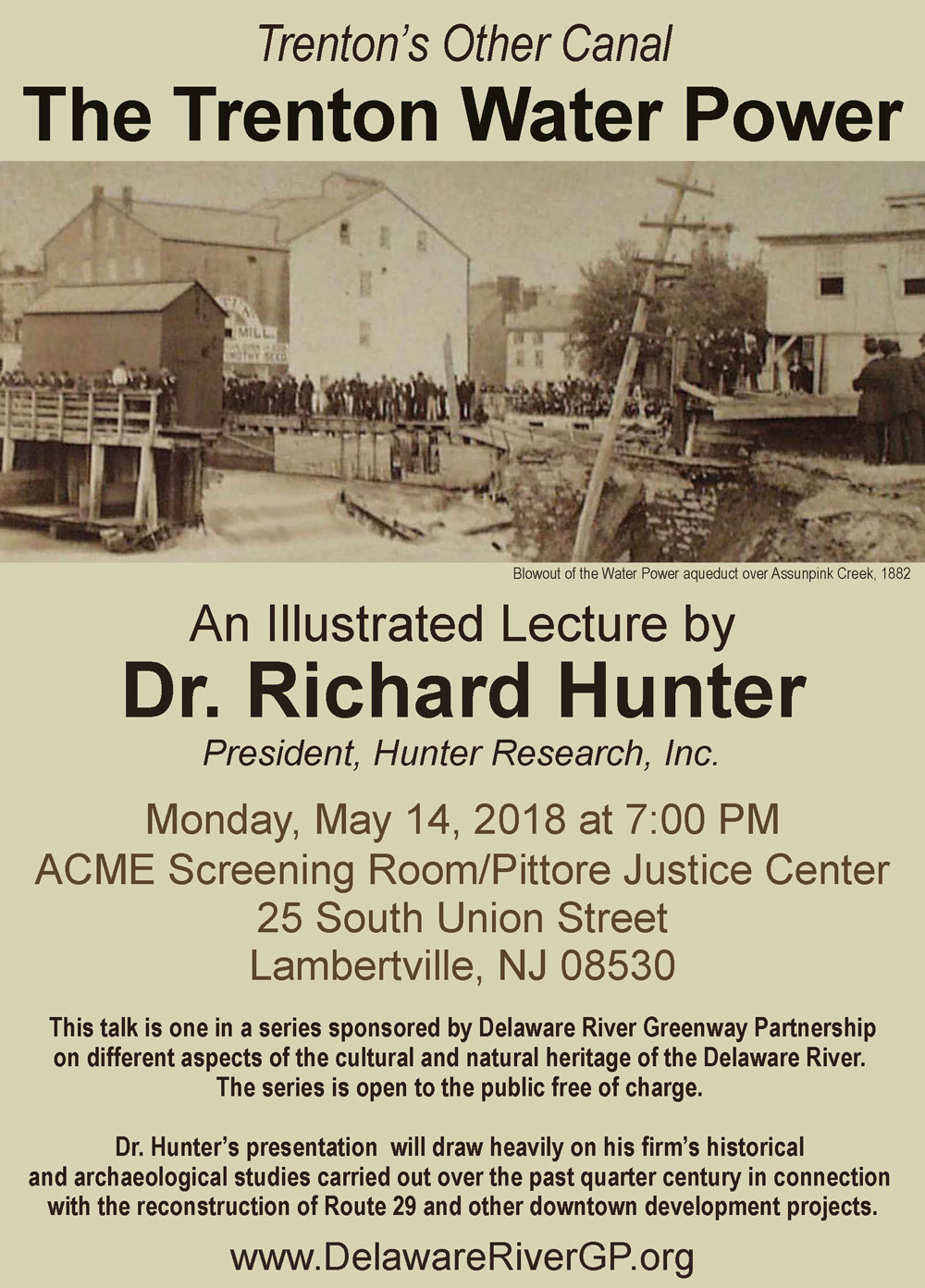 On Monday, May 14, 2018, the Delaware River Greenway Partnership (DRGP) will sponsor an illustrated lecture, “Trenton’s Other Canal – the Trenton Water Power” by Dr. Richard Hunter at 7:00 p.m. in the ACME Screening Room of the Pittore Justice Center in Lambertville.

Built at the same time as the Delaware and Raritan Canal in the early 1830s, the Trenton Water Power arguably exerted as much influence over Trenton’s 19th-century industrial growth as its better known and larger sibling waterway. The 7-mile-long canal powered dozens of downtown factories – flour mills, saw mills, textile mills and foundries. It played an especially critical role in the rise of the Trenton Iron Company and the Cooper Hewitt iron and steel empire. Today, virtually all above-ground trace of the Trenton Water Power has disappeared. Much of it lies beneath Route 29, which faithfully follows its course from Scudder’s Falls to the Assunpink Creek. Once in a while, remains of the canal will come to light as the city redevelops. Dr. Hunter’s presentation this evening will draw heavily on his firm’s historical and archaeological studies carried out over the past quarter century in connection with the reconstruction of Route 29 and other downtown development projects.

Dr. Richard Hunter is President of Hunter Research, Inc., a Trenton-based historic preservation consulting firm founded in 1986. A long-time resident of Hopewell Township, Richard currently serves as a Mercer County Cultural & Heritage Commissioner, a trustee of the Hopewell Valley Historical Society, and a board member of the Trenton Downtown Association. He has authored numerous articles on topics of New Jersey history and archaeology and he lectures frequently throughout the region.

The Pittore Justice Center is located at 25 South Union Street, Lambertville, NJ. Metered parking is available in the adjacent lot and on nearby streets.

This talk is one in a series sponsored by DRGP on different aspects of the cultural and natural heritage of the Delaware River and is open to the public free of charge. 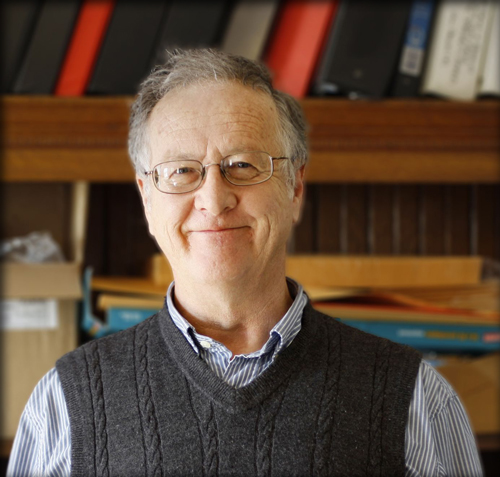